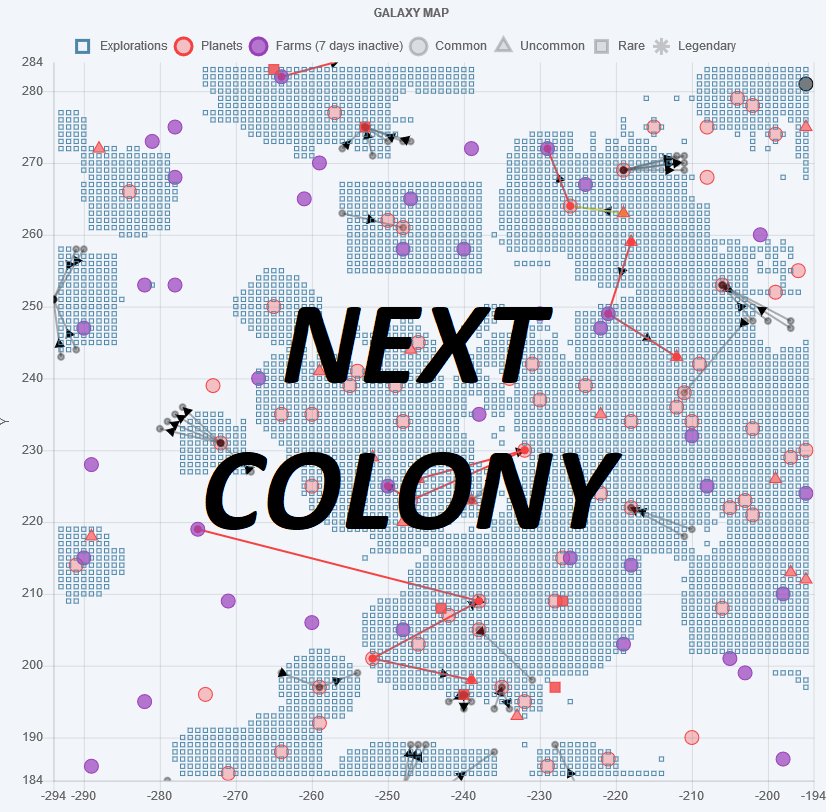 All the advanced options of the map are available after putting your nick in the form -> Show mainly because of poor performance od big data series and API usage. Data is fetched from game API and the cached data that I collect every day using custom_jsons from Steem blockchain.

You will not find a "user last seen" data in the game's API. That's why I need to collect it analyzing custom tx's (All in-game actions send them into Steem blockchain).

This allowed me to build a great feature for my map: 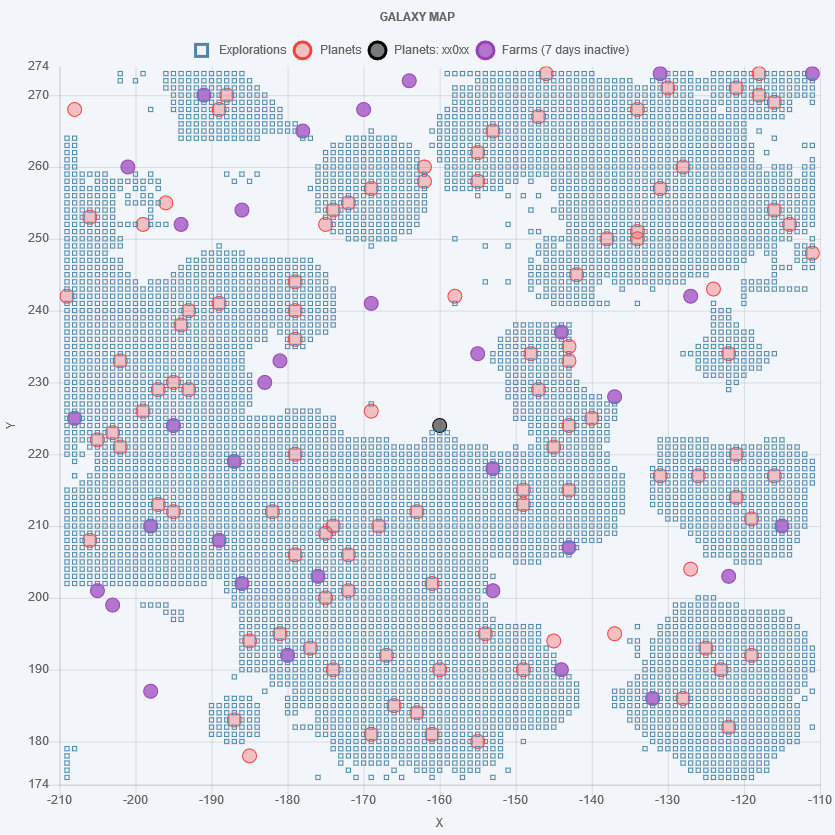 Load all idle users (last seven days no action) to the map with one click. Performance depends on API respond time.

It is possible also to load data about planet rarity as below:

Ok, but what would you say if You could see almost real-time all ships in the region? (except deploys and support... no API support in loadgalaxy for now).

After clicking Flight Radar button mission are visible on the map with lines and triangles as ships with the direction of the moment. Hover the ship to see the data about quantity. 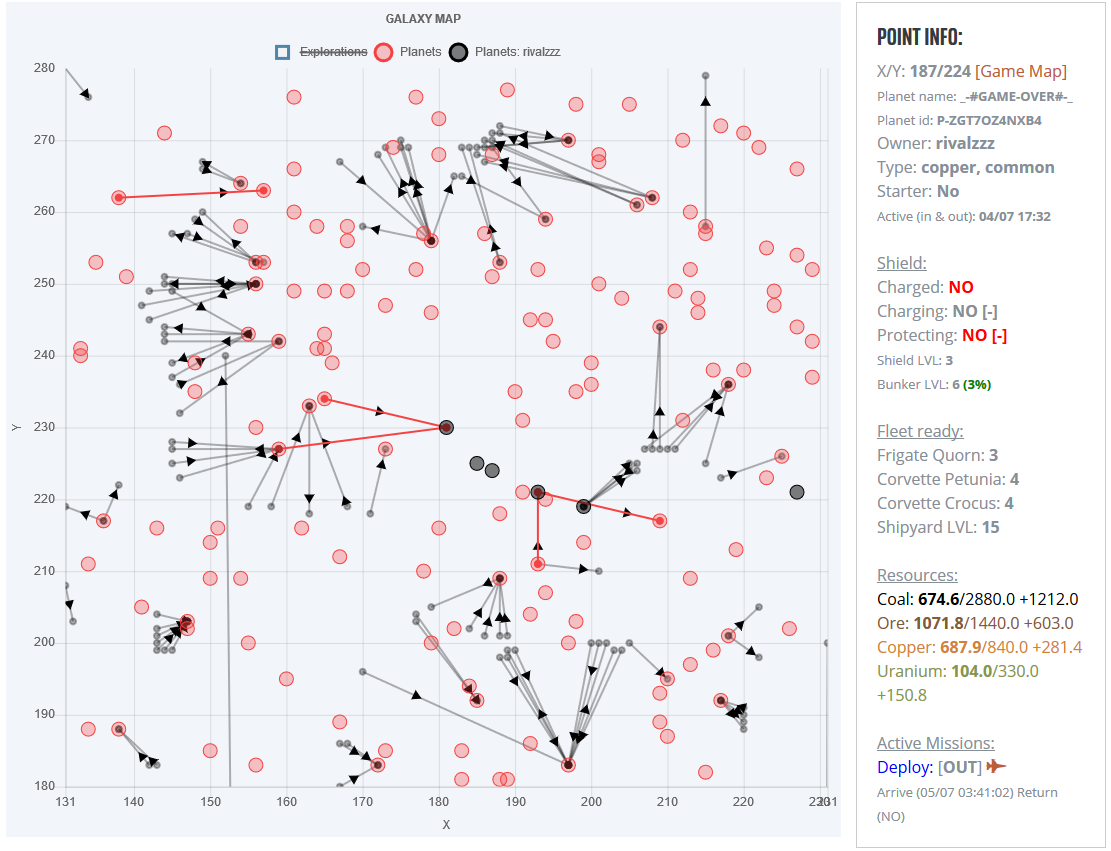 Refresh time is 60 seconds which is enough (ships are very slow). After loading it for the first time, explorations data series is turned off but the player can override it by clicking the legend.

Of course, all point are clickable and important data (especially about planets) is loaded nearby and is very helpful when planning an attack.

Hover the ship (triangle) with a pointer to see what is exactly attacking you.

You can login with your Hive account using secure Hivesigner and interact with this blog. You would be able to comment and vote on this article and other comments.